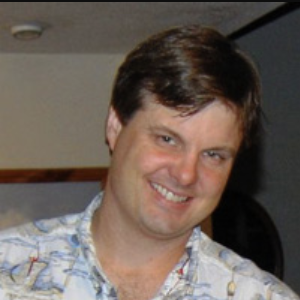 There are 4 major version control systems that you will encounter:

Concurrent Versions System was created in the 1980s by Dick Grune along with many other contributors. It is free to use but the latest version was released in 2008 and you will rarely encounter it in use today.

Subversion was developed as part of the Apache Software Foundation. Branches in SVN are hard links (unix) to the master branch. From the documentation, "Subversion has no internal concept of a branch—it knows only how to make copies".

GIT was created by Linux Torvalds out of frustration with existing version control systems. In GIT, only the differences are stored in a branch. This makes branching very fast and "cheap." Git does not use much disk space or resources to create branches.

Because of this, you can create and combine (merge) branches very rapidly.

GIT is the most popular and most code bases will either use GIT or migrate an older version control system to git. GIT can be used with .NET code bases and integrates with Visual Studio. Most of this post will focus on GIT as it is the most popular system. Almost any code management, deployment service or IDE can integrate with GIT.

There are two main ways to work with version control to allow teams to work on different segments of the code base at the same time. One is Forking, the other is Branching. They can be used at the same time but it is good to understand the differences and strengths of each.

Forking is the same as cloning or copying. A fork is independent of the repository. Most open source projects use a forking model. You will download your own copy of the repository to work on it.

When code is forked and modified, if you want the changes to be pulled into the master branch you make a pull request. Depending on the system used (BitBucket, GitHub, etc.) the manager of the repository will get a notification that you want to do this and then accept or reject your changes.

Branching is supported in all Version Control Systems to some degree. A branch in GIT or TFS only stores the differences between the master branch and the current branch (called a "diff"). In SVN a "branch" is a full copy, so it behaves more like a fork.

Branches can also use pull requests as a merging process. As you can see, the workflows are nearly identical. The main difference is how you start your work: You will "clone" to begin a forked workflow and "branch" to begin a branched workflow.

Merging is the process of combining code from branches or forks and joining them in to other branches (ultimately "master" or "trunk").

This is frequently performed by a single individual under the role of the code librarian. This person will perform a final code review and check for any merge issues. Merging to various branches can also be handled by automated deployment systems such as Jenkins.

At small and mid sized companies deployment will frequently be manual or even automated FTP. There are advantages to this as you don't need to have a VCS (Version Control System) client on each server.

Without version control on the production servers:

With version control running on the production servers:

Hopefully you learned something new about version control! If you have any questions or want to learn more, let me know in the comments!

This blog will teach you the skills to succeed as a Senior Web Developer.